Thanksgiving Day Is Already Upon Us 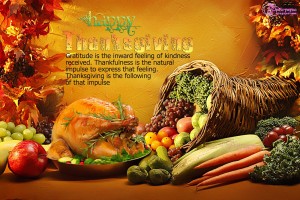 Thanksgiving day is brings many American families together to enjoy parades, football and a huge afternoon feast!Below are some fun and interesting facts about Thanksgiving over the years in America.

As we all learned in grade school classes and plays, the most familiar story of the first Thanksgiving took place in Plymouth Colony in 1621. The celebration between the Pilgrims and Wampanoag Indians lasted 3 days. Did you know (or remember) that Plymouth Colony today is Massachusetts? It wasn’t until 1883, during the Civil War, that President Lincoln proclaimed a national day of “Thanksgiving. He ordered it to be celebrated on the last Thursday in November. Congress finally made Thanksgiving Day an official national holiday in 1941.

Sarah Josepha Hale, the enormously influential magazine editor and author waged a tireless 40 year campaign to make Thanksgiving day a national holiday in the mid-19th century. She was also the author of the classic nursery rhyme “Mary Had a Little Lamb.”