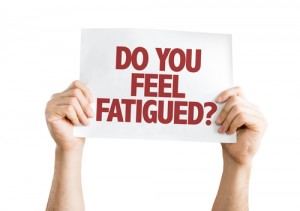 There’s been another study showing poor sleep affected the chance of becoming obese and is often caused by poor dieting habits. According to the study led byMarie-Pierre St-Onge, PhD, assistant professor in the department of medicine and Institute of Human Nutrition at Columbia University Medical Center in New York, N.Y lighter sleep, more disrutpive sleep is associated with eating less fiber, more saturated fat and extra sugar. Several studies have shown the horrible affects of excessive sugar leading to obesity, diabetes etc… now this study shows your sleep affected too.

The study, was a randomized, crossover study involving 26 adults – 13 men and 13 women.

They were all 35 years of age and of what is considered normal weight.  The participants spent 5 nights in a sleep lab, spending 9 hours in bed from 10 p.m. to 7 a.m., sleeping for 7 hours and 35 minutes on average per night.

Dr. St-Onge and her team’s purpose for conducting the study was to prove that diet quality influenced sleep quality. They were even taken aback by the fact that a single day of greater fat intake and lower fiber could influence sleep parameters.

The details of this important study, which emphasizes the fact that diet and sleep play a crucial role in leading a healthy lifestyle, can be culled from the Journal of Clinical Sleep Medicine (January issue).

Today, sleep is now considered by many to be 1 of 3 lifestyle behaviors, the other two being diet and exercise, which are closely associated with health. If sleep affected by duration is one of the causes of obesity, it probably affects energy intake and/or energy expenditure to create a positive energy balance. The importance of evidence that shows an effect of sleep restriction on energy intake that exceeds the added energy costs of maintaining longer wakefulness. Other studies show greater intakes of energy, fat, and carbohydrates in people not getting enough quality sleep. This is confirmed by clinical interventions studies which further provide explanations relating too, via alterations in hormonal and neuronal controls of food intake, for an association between short sleep and obesity.

The authors of this study believe there is an indication that diet-based recommendations might be used to improve sleep in those with poor sleep quality. It is evident from the study that making lifestyle choices that promote healthy sleep, such as eating a nutritious diet and exercising regularly, will go a long way in promoting good health.