Christmas Trivia – Some Fun And Interesting Things About Christmas 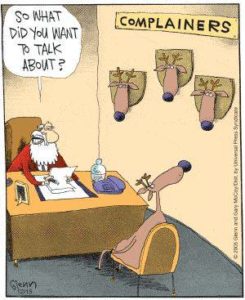 Tis the season. I realize not everyone celebrates Christmas but hopefully, the holiday season brings out the goodwill towards your fellow man in all. It is a time of year I enjoy greatly like many others. I did some digging around the internet and found some fun Christmas trivia I thought I would share. I hope whatever you are celebrating, even if it is only New Year’s, you have a safe and joyous time.

Here Is Some Christmas Trivia

The First Christmas On December 25th

In A.D. 350, Pope Julius I, bishop of Rome, proclaimed December 25 the official celebration date for the birthday of Christ. Alabama was the first state to officially recognize Christmas in 1836. On June 26, 1870, The United States declared Christmas an official holiday.

Santa Claus is based on a real person, St. Nikolas of Myra (also known as Nikolaos the Wonderworker, Bishop Saint Nicholas of Smyrna, and Nikolaos of Bari), who lived during the fourth century. Born in Patara (in modern-day Turkey), he is the world’s most popular non-Biblical saint. He has different names around the world including Kriss Kringle in Germany, Le Befana in Italy and Pere Noel in France

The Colors Have Purpose

The traditional three colors of Christmas are green, red, and gold. Green has long been a symbol of life and rebirth; red symbolizes the blood of Christ, and gold represents light as well as wealth and royalty

Christmas trees have been being sold in the US since 1850. Most trees grow for 15 years before being cut down.

Hanging stockings comes from the Dutch custom of leaving shoes packed with food for St Nicholas’s donkeys. He would leave small gifts in return.

Most stories you read talk about three wise men traveling from afar to visit the birth of baby Jesus, however, there is no number in the Bible.

You hear Christmas carols about anywhere you go now, for some they start too early (November 1!). Christmas Carols were not sung in churches until they were introduced by St Francis of Assisi in the 13th century.

Jingle Bells Was A Thanksgiving Song

White Christmas by Bing Crosby is still the number one selling Christmas song with more than 50 million copies sold.

US Scientists say Santa has to travel 650 miles and visit 650 homes per second to deliver all the presents on Christmas Eve. No wonder he only works one day a year!