Anti-inflammatory Foods For A Healthier You 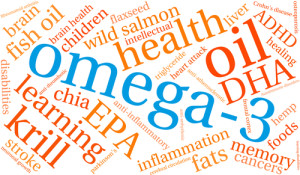 Inflammation is not only the body’s attempt to heal itself after an injury, it also defends against viruses, bacteria and repairs damaged tissue. Instead of going to the doctor for an ant-inflammatory drug, consider packing your refrigerator with anti-inflammatory foods. Not only is this a healthier choice, many doctors agree it’s the best way to go. Continuing inflammation is not just making you uncomfortable in your daily life but can contribute to more serious diseases like type 2 diabetes, cancer, heart disease, even Alzheimers. Instead of going to the pharmacy, got to the grocery store and pick up some of these anti-inflammatory foods.

Fruits – Blue Berries are full of antioxidants known for their anti-inflammatory powers. Studies suggest that eating blueberries not only limits oxidative stress but also boosts anti-inflammatory cytokines and immune cells whose role is to fight harmful pathogens. Don’t like Blueberries? Replace with Strawberry’s or Cherries. Not as strong but still good for you. Tomatoes, are rich in lycopene, which has been shown to reduce inflammation in the lungs and throughout the body. Cooked tomatoes contain even more lycopene than raw ones, so tomato sauce works, too.

Fish – fatty fish like salmon, tuna, mackerel and sardines. These are all anti-inflammatory foods because they are high in omega-3 fatty acids, which have shown to help reduce inflammation. You need to cook healthy recipes and eat fish at least a few days a week to be effective. Studies have also shown that eating fish can help fight against heart disease. If you don’t like fish you can take a fish oil supplement though it won’t have the effect of the real thing.

Dark, leafy Greens – Vitamin E has shown to protect the body from pro-inflammatory molecules. Dark greens such as kale, spinach and broccoli are full of vitamin E. They are also full of calcium and iron, another plus.

Nuts – Almonds and Walnuts are high in fiber, calcium and vitamin E as well as omega 3 fatty acids. The vitamin E also aids in lubricating the joints and protecting the body from pro-inflammatory cytokines.

Peppers – Bell peppers come in a variety of colors, plus hot peppers, like chipotle, chili and cayenne, are rich in capsaicin which is a a compound that is responsible for the pungency of capsicums.

Ginger and Turmeric – Commonly found in Asian and Indian recipes, there are many studies be performed today that these spices could also aid in dementia and Alzheimer’s. Turmeric helps turn off a NF-kappa B, a protein that regulates the immune system and triggers the process of inflammation. Ginger has shown to reduce inflammation in the intestines when taken in supplement form.

There are many anti-inflammatory foods you can buy but this is a good start. Please write any favorites you may have in the comment section below.